Your wiki has been migrated to a new Fandom domain. Learn more here.

Amenities are craft items which are used to increase the max possible level of friendship a player can have with other animals as well as reward friendship EXP when revealed.

Crafting an amenity is done the same way as furniture through Cyrus and Reese craft menu but in the far right tab with an icon resembling a tent. Unlike furniture, each tier of amenities has levels, and a player must craft all levels in order to unlock the next theme tier. Each tier has the following amount of levels:

Each level also has associated features.

When an amenity is unveiled, the game will randomly choose 5 animals at the player's campsite to receive EXP (if less than 5 animals are present, the missing spots will be randomly selected from animals not at the campsite).

If an animal shares the same theme as the amenity, they will receive +10 Friendship EXP while other animals only receive +5 EXP. It is recommended that before a player unveils an amenity to choose 5 animals (preferably of the same theme to maximize EXP gain) that the player would like to receive the EXP. 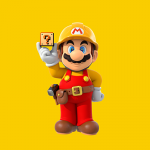